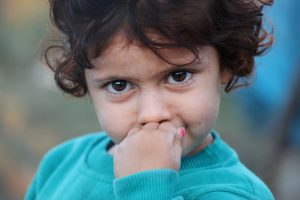 We are happy to share some extracts of a longread that our host, the International Step by Step Association (ISSA), recently published on their website.

ISSA, tackled the issue of why people suddenly feel less interested or less compelled when it concerns the fate or betterment of the lives of Roma & Traveller people.

“The past doesn’t lie, but important happenings are sometimes forgotten or diminished. As a continent with clear messages of inclusion, and a post war history of fighting the front line for the betterment of its people, one people surely fell off Europe’s map. It is hard to figure out why, since when it comes to exclusion – or simply forgetting people – one rarely asks themselves why…”

in line with REYN’s strategy, ISSA supportS QUality in early childhood education and care and diversity in the workforce:

“REYN advocates for the betterment of all people – especially the tiny ones – and advocates passionately with and for the Roma and Traveller people to be included in such improvements. With and for. An important distinction to all involved! We make sure policies are being designed with them in the room, part of plan and process, for they are the ones who will advocate the new policies amongst their ranks and take ownership of the following steps. And in addition, we do not only share knowledge on quality improvement in Early Year systems, we teach them how to do it themselves.

We are closing in on the twentieth anniversary of ISSA’s careful first steps to help Romani gain a better future, and neigh on the sixth anniversary of the REYN initiative. It has become a growing network of enthusiast, passionate advocates and practical teachers from within and outside the Roma and Traveller communities. The many small victories justify the path ahead. The struggles have made us wiser, more consistent. And as we are steadily breaking through this negative cycle, learning every step of the way, a clear and shiny compass is emerging from all of it. It is pointing away from thoughtless behaviors and forgetful minds, leading towards fully engaged equity and inclusion. And though we still have a long way to travel, we are without a doubt in the right company to do so.”